A brief history of our department

Graduate School’s story began with a push for internationalisation at Lund University prompted primarily by Sweden’s adoption of the Bologna Process regulations. The Faculty Leadership sought to create two-year Master’s programmes in accordance with Bologna regulations as well as creating international programmes and courses on the faculty level. There already were two international master programmes run by individual departments – Welfare Policies and Management and International Development and Management, but coordinating master programmes at the faculty level – i.e., by some entity other than one of the faculty department’s, was something that had not been done before.

An advisory board was assembled to decide which subject areas should become international programmes. The response to the proposals was positive and it was also realised that a faculty-level master programme could provide new options to offer courses in theory and method to students beyond Graduate School itself. Such collaboration – and collaboration more generally – has since become a pillar of Graduate School’s commitments.

While the intention for the programmes to be international was a primary focus from the start, the interdisciplinary aspect of the proposed programmes came later. 11 different programme topics were suggested and of those, three were ultimately selected and remain the backbone of Graduate School: the MSc Programmes in Development Studies, Global Studies, and Social Studies of Gender. These would be led by a Director of Studies, with individual Programme Directors for each of the three programmes and a board made up of the departments participating in the interdisciplinary cooperation.

The name “Graduate School” was decided upon, with the intention that the name should communicate its offerings to international students, and to indicate that international master level programmes and courses as well as a few international PhD courses were available there.

Application numbers steadily rose and a place in a Graduate School programme became highly sought after by international students. When the Eden building was to undergo heavy refurbishment, Graduate School moved to its current quarters in the Gamla Kirurgen (the old surgery clinic) where it has remained ever since.

Picture of the surgical clinic by Per Bagge in 1906. Reproduction: University Library, Lund University.

Course quality has long been a key Graduate School strength, and in 2015 it was decided that a complementing Methods Director position would further enhance the various courses in theory of science and methods. Since then, Graduate School has had a long-term planning pipeline for new methods courses based on the investigative work done by the methods director and colleagues around the faculty.

In 2017, Graduate School took over the daily administration of the faculty’s PhD candidate courses. This allows for better planning and integration between the master’s and PhD levels, and a range of our courses are populated by students from both levels.

In 2018 a faculty discussion was also initiated about whether or not a fifth Graduate School programme should be developed. It was eventually decided that exploratory work on such a programme, tentatively named the Social Science Data Analysis (SSDA) programme, should be initiated, and we are currently hard at work setting it up with the aim to receive a first SSDA cohort in 2021.

Graduate School is housed in what is now known as “the old surgery clinic” (Gamla Kirurgen). Our two lecture halls (236 & 240) used to be ten-bed wards with an observation room (238) and pantry (237) sandwiched in-between. From the observation room, nurses could keep a watchful eye on recovering patients through two windows that have since been removed. The Student Lounge still has a vaguely religious look to it, and was indeed used as a church room in the past. 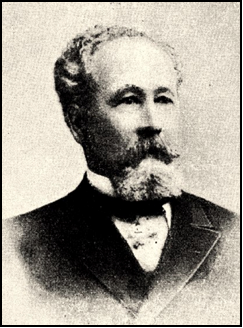 In 1868, the house we now inhabit finally opened for business as Lund’s main open surgery clinic. The famous and prolific architect Helgo Zettervall (pictured left) designed the building’s late gothic style, and although it has undergone substantial renovations in 1905, 1928 and 1978, many of his original ideas remain intact. The most notable changes in the intervening years was probably the installation of many more windows than Zettervall had opted for, and the wing extensions to increase floor space.

Inside, changes have been much more far-reaching. Among other things, what is now the stairwell in the third floor used to be the very heart of the building as it housed the central operation theatre.

When the hospital moved to its current location in the 1970s, the old buildings were transferred to Lund University which urgently needed more space. The open surgery clinic itself was handed over in 1972, and was at that point listed as an architectural heritage structure to prevent potentially intrusive changes (this status was removed in 2005).

Over the years, the building has housed a range of University units, notably the “UB3” University Library branch on the top floor. Today it is predominantly a social science building, with the central Faculty Administration, the International Office, Graduate School and the School of Journalism as main anchors. The 150 year old is still going strong!